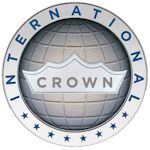 The International Crown is a first of its kind, global match play competition featuring teams from eight countries battling for the right to be crowned the worlds best golf nation.
This unique golf tournament will feature 32 of the top women golfers in the world, including the current world #1 ranked player, Inbee Park of South Korea.

Caves Valley Golf Club in Owings Mills, Maryland will be the host for the first playing of this

In 2016 the International Crown moves to Rich Harvest Farms near Chicago.

This LPGA event features a unique format. The eight qualified countries were seeded #1 through #8 and divided into two pools based on the cumulative team score of the four players’ Rolex World Ranking. Each country will play two, four-ball matches between each of the other three countries in their pool (Thursday – Saturday). The top two point-earning countries from each pool and one wild card country will advance to play in Sunday’s single matches. Two points will be awarded per match (two for a win and one for a halve). The total cumulative points from Thursday – Sunday will determine the champion.

Here is the list of teams, the seeds, and each country’s golfers.

Daily tickets and weekly grounds passes are available for fans. Daily practice round tickets are $16.50 and competition rounds are $27.50. Weekly passes start at $99 and go up to $185 for the Weekly International Pavilion Pass with includes access to the International Pavilion hospitality tent located adjacent to the 11th green.