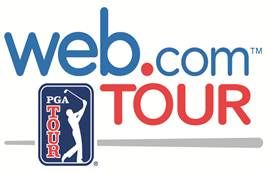 (Dec. 12, 2012/Potomac, Md.) – IGP Sports and Entertainment Group of North Palm Beach, Florida and the PGA TOUR today announced that the Web.com Tour will return to the greater Washington, D.C. area in 2013 when the newly named “Mid-Atlantic Championship” is played May 30- June 2 at TPC Potomac at Avenal Farm in Potomac, Maryland.

IGP Sports will once again provide complete tournament management with the focus on producing one of the finest events on the Web.com Tour. Kenneth R. Kennerly, President & CEO of IGP Sports & Entertainment Group also announced the Teo Sodeman will once again serve as tournament director for the seventh straight year. “We are thrilled to capitalize on the success of out 2012 inaugural event, and having Teo once again lead our team is a testament to our commitment to producing a premier event on the Web.com Tour. Professional golf has a long history in the mid- Atlantic area, and we are thrilled to continue in this fashion,” said Kennerly. IGO Sports also manages the PGA Tour’s highly successful Honda Classic at PGA National Resort in Palm Beach Gardens, Fl.

“This year’s move to TPC Potomac at Avenel Farm was extremely well received by tournament sponsors, the players and everyone involved in the tournament,” said Sodemean. “With its new umbrella sponsor and a dramatically revamped qualifying system in place, 2013 promises to be a very exciting year for the Web.com Tour. We look forward to being a part of the Tour’s new era.”

David Lingmerth won the Championship in early October by one shot over Casey Wittenberg, who was named the 2012 Web.com Tour Player of the Year yesterday. Both Lingmerth and Wittenberg are headed to the PGA tour next year, having earned their cards via the Web.com Tour this year.

An announcement about the host organization will be made in the near future.