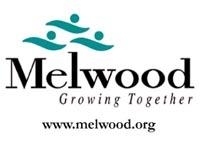 Inspirational golfer, Erik Compton, 32, a two-time heart transplant recipient whose courageous journey has been well-chronicled over the past several years, is among the 156 golfers set to tee off at the Melwood Prince George’s County Open when the Nationwide Tour stops this week at the University of Maryland Golf Course.

The Florida native began playing golf at the age of seven. However, five years later, he was forced to overcome one obstacle most athletes never face – a heart transplant. He suffered viral cadiomyopathy, a condition where the heart muscle is inflamed and unable to pump as hard as it should. In February 1992, surgeons at Jackson Memorial Hospital in his hometown of Miami replaced Compton’s heart with one from a 15-year-old girl, who was killed by a drunk driver. Fast-forward 16 years, and Compton stared death in the face once more. As his second heart failed, Compton prepared to say goodbye to close family and friends before heading into surgery again. Yet at age 28, Compton received another chance at life when a 26-year-old University of Dayton volleyball player was killed by a hit-and-run driver. The player’s parents donated his heart to Compton, making him a double heart transplant recipient and allowing him to continue chasing his dreams.

Many argue that Compton is fortunate just to be alive today. However, luck coupled with Compton’s positive attitude, talent and love for life has been the recipe for his success. While second chances don’t come easily, Compton is on his third heart and trying to make the most of it. Compton continues to pursue his dream of playing on the PGA TOUR. A University of Georgia graduate who turned professional in 2001, the married father of one daughter has competed on the Nationwide and Canadian Tours, has played on mini-tours as well as at several PGA TOUR stops over the past 10 years. Last year, he advanced to the TOUR’s final round of qualifying school and finished tied for 100th, which granted him conditional Nationwide Tour status for 2011.

Compton has participated in five Nationwide Tour events this year, finishing in the top 10 twice, good for 12th place on the money list (the top 25 at year’s end automatically qualify for the PGA TOUR next year). Compton has always handled difficult situations well, both on and off the green. A strong finish this week will be key to helping Compton achieve his ultimate dream.

For all the information you need about the Melwood Prince George’s County Open visit the tournament website.